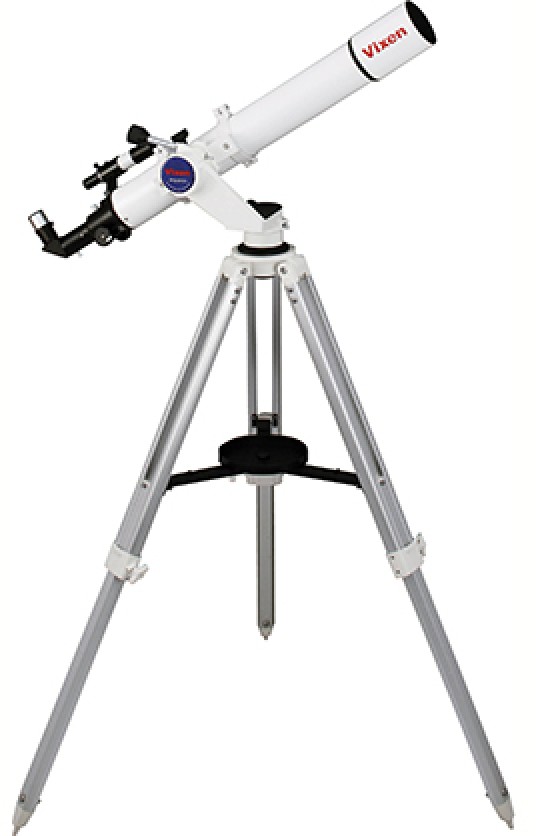 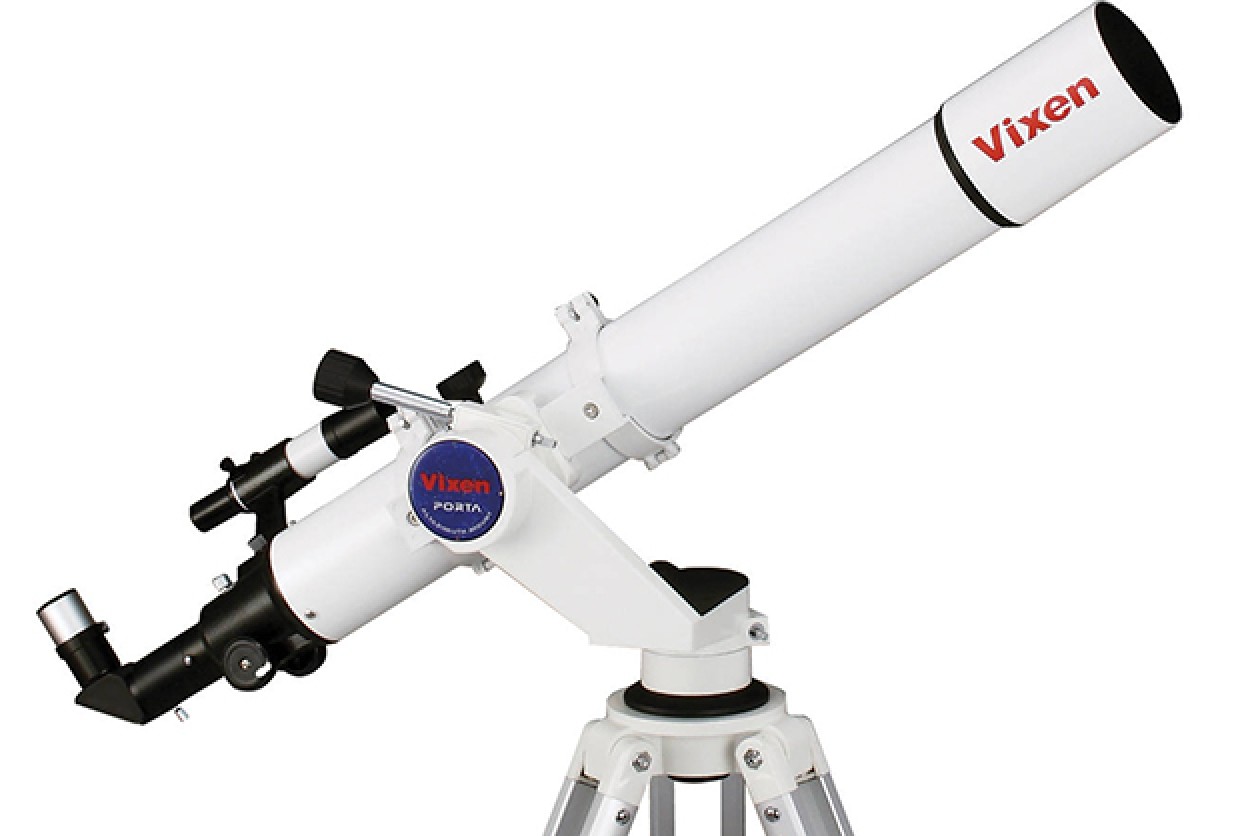 The A80Mf 80mm f/11 Achro Refractor Telescope from Vixen is capable of rendering high-resolution planetary, lunar, and deep-sky images; and with the included 90° erect-image diagonal installed, the scope can be used as a conventional terrestrial spotting scope. This version of the A80Mf comes with the Porta II alt-azimuth mount, two eyepieces, the diagonal, and a finderscope.

The Vixen Optics A80Mf 80mm f/11 Achro Refractor Telescope is designed with an achromatic lens system that produces bright and clear high-contrast images with true color representation across its entire distortion-free field of view. Its 80mm objective gathers more light than smaller-objective models while still being easy to handle and transport, especially when you have to carry it a distance to your observation site. This lens system, coupled with the fully coated optics, will give you great views of the Moon, planets, planetary moons, and brighter deep sky objects. You will be able to split binary stars and observe bright objects with virtually no comas.

The scope comes with two eyepieces that offer low and moderate magnifications, and a 90° erect-image prism that makes it ideal for both astronomical and terrestrial use. Vixen offers the A80Mf here without a mount or tripod for users with a reliable support system, and the included mounting ring set includes a Vixen-style dovetail plate that makes it compatible with a wide variety of alt-azimuth, equatorial, and GoTo mounting systems.

OTA only; mount and tripod required for proper use

Compatible with most astronomical filters

Built to support a 20 lb payload, and equipped with two fine adjustment handles for whole circle slow motion in both directions, the Porta II Mount from Vixen comes with a sturdy set of legs that adjust from 35 to 51". The Porta II minimizes support-system-oriented frustration when searching for and tracking celestial objects.

The Porta II is solid, and its slow-motion flexible handles minimize vibrations to keep the view sharp. Precision tracking of planets and ships on the horizon becomes a simple event thanks to a fine-tooth geared drive that's activated by turning the elevation or azimuth control handles.

The "World-Standard" dovetail system ensures that the Porta II can be used to support most dovetail-mounted optical tube assemblies (OTAs) and binoculars. The Porta II mount head is detachable and compatible with all other Vixen tripods. The tripod is constructed from rugged aluminum alloy, and the legs extend from 35 to 51".

No locks or clutches

Mount can be removed and used on heavier tripod if needed.