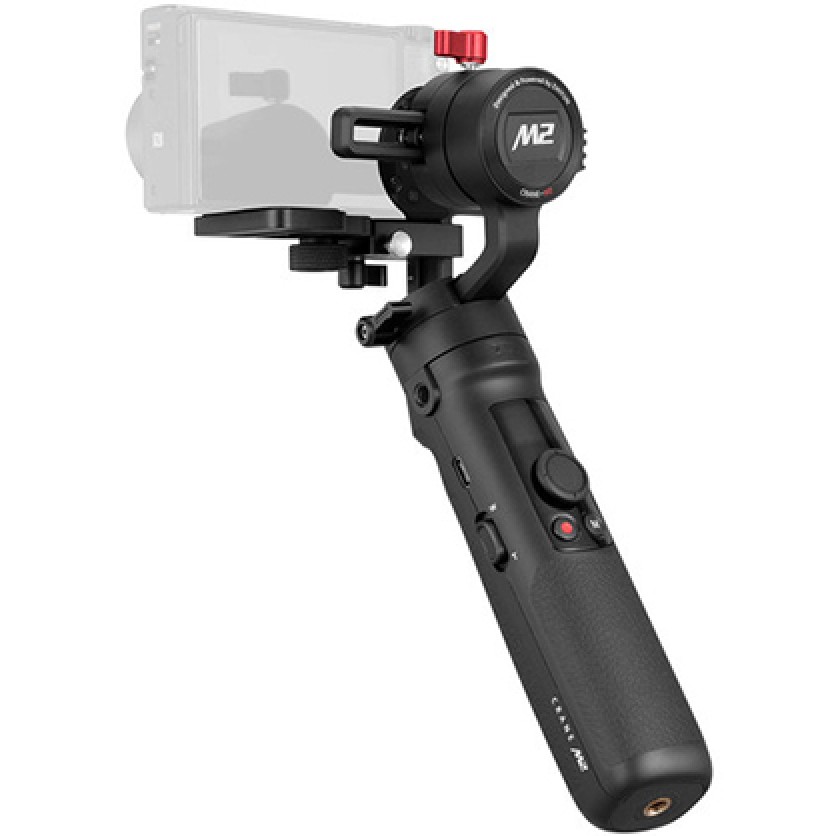 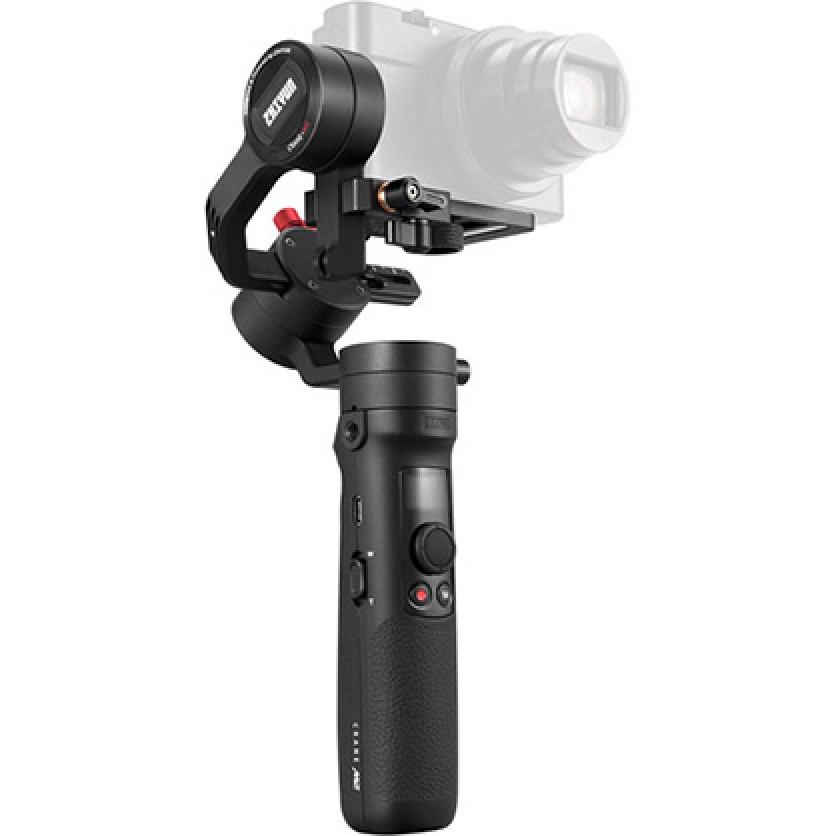 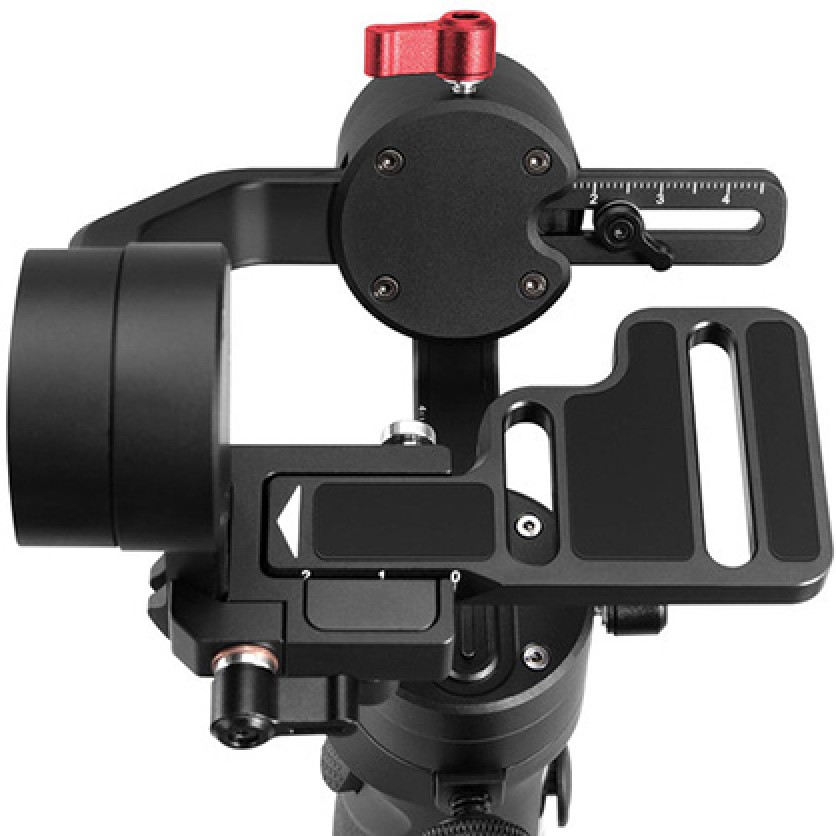 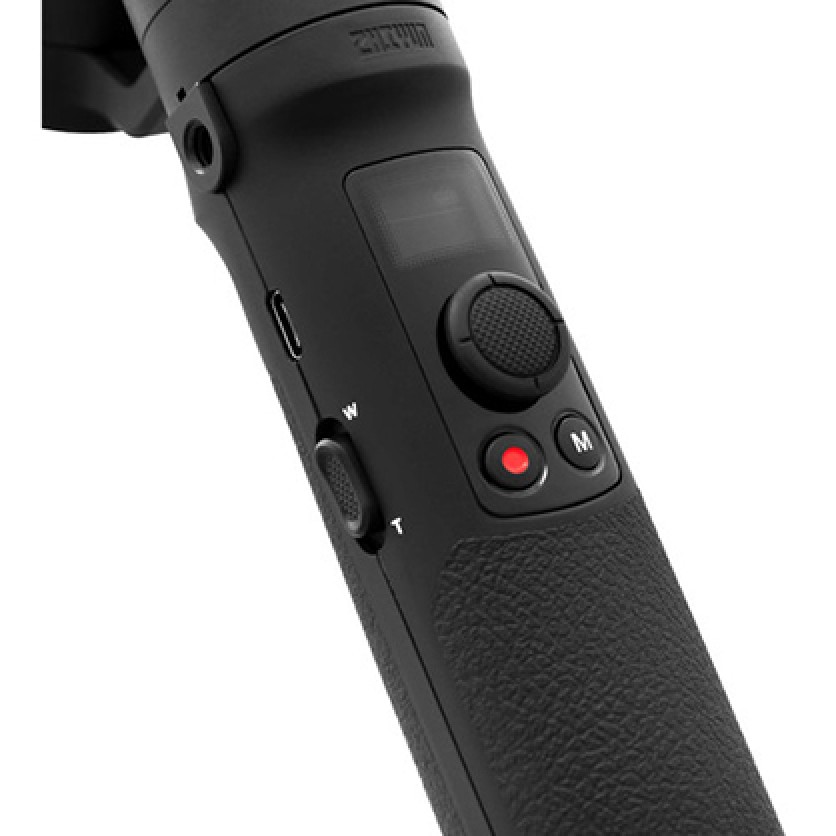 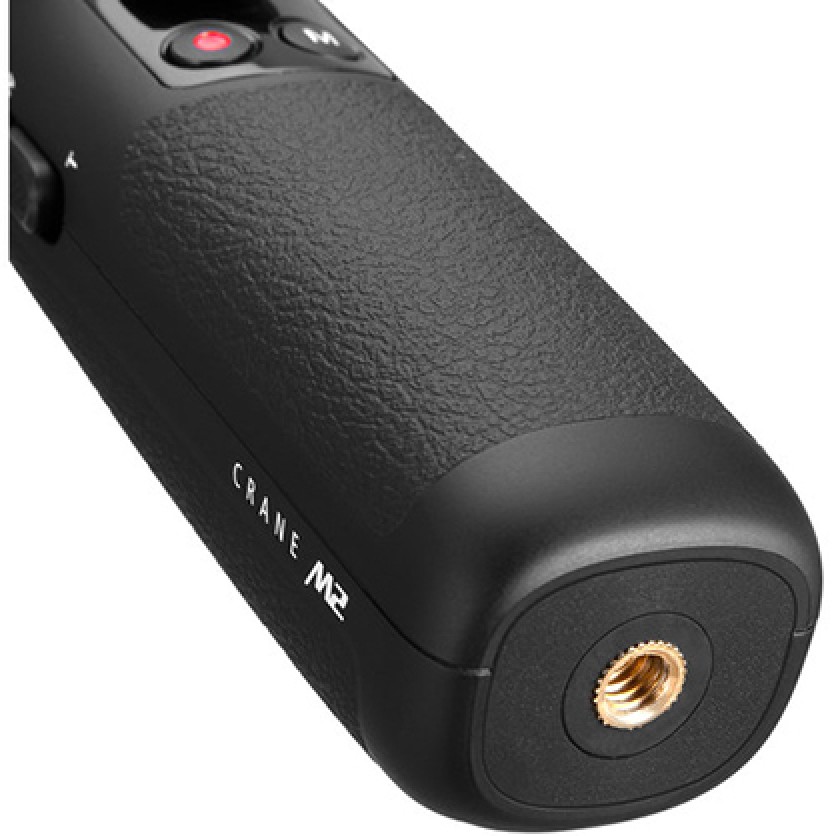 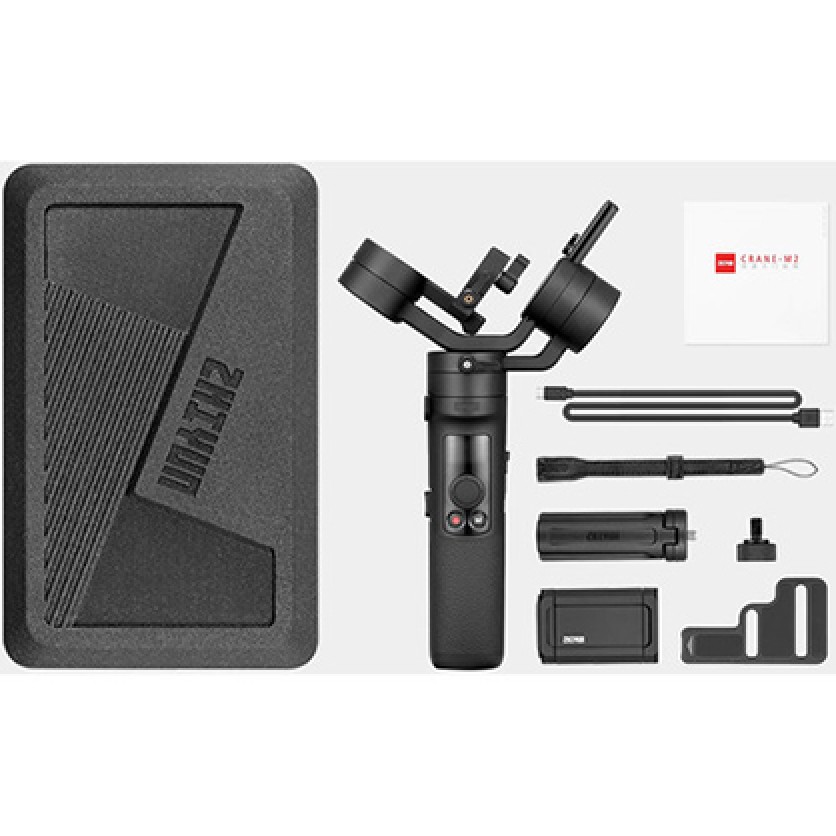 Smaller, more lightweight, the CRANE-M2 3-Axis Handheld Gimbal Stabilizer from Zhiyun is designed for compact cameras, smartphones, and action cams up to 1.58 lb. (An optional mounting accessory is required for attaching action cams.) The compact design allows you to maneuver your camera more freely and for longer periods. It's also easier to pack up with you and carry, whether nearby or when traveling. This aside, the CRANE-M2 provides the standard features that have made gimbals such a revolutionary addition to the world of camera supports.

The CRANE-M2 offers 360¡ã pan, 310¡ã tilt, and 324¡ã roll rotation across six modes of operation, including POV and Vortex modes. It runs for approximately seven hours on a built-in battery that's rechargeable using an included micro-USB cable. Over built-in Wi-Fi, the gimbal is able to sync up with a Wi-Fi-enabled camera that supports remote zoom, shutter, and video start/stop control. These functions can be operated from a zoom rocker and other controls on the gimbal. Furthermore, over built-in Bluetooth, the camera syncs up with a free-download ZY Play mobile app for iOS and Android for additional capabilities. The app provides remote control over many functions of the gimbal and also has filmmaking features such as time-lapse, panorama, and slow-motion capture.

An OLED display on the gimbal confirms the selected operation mode, battery level, Bluetooth/Wi-Fi status, and other functions. The CRANE-M2 features a quick release camera mounting system that lets you secure or remove your camera at the push of one lock button. Scale marks and memory locks help you balance the camera and lock the balance position for the camera used. A hand strap and mini tripod are also supplied with the gimbal. The mini tripod attaches on the bottom to function as a tripod or a stand, but it can also be used as an extension to provide you with even more control over the gimbal and camera, as you'll have a better grip on the gimbal.

7-hour runtime on a built-in battery

Special app features such as time-lapse, panorama, and slow-motion capture

The camera pans as you turn the gimbal left and right. This feature is useful for hyperlapse capture and for traveler footage.

The camera direction is locked so you won't miss a shot in any situation.

The Crane-M2 offers full-range POV mode, which allows for 360¡ã synchronous movement on all three axes. Instead of leveling off during motion, the camera will remain locked in position no matter which way or how far you move the gimbal, allowing for true POV shots.

Vortex mode gives you the freedom to perform cinematic 360¡ã barrel shots in all dimensions.