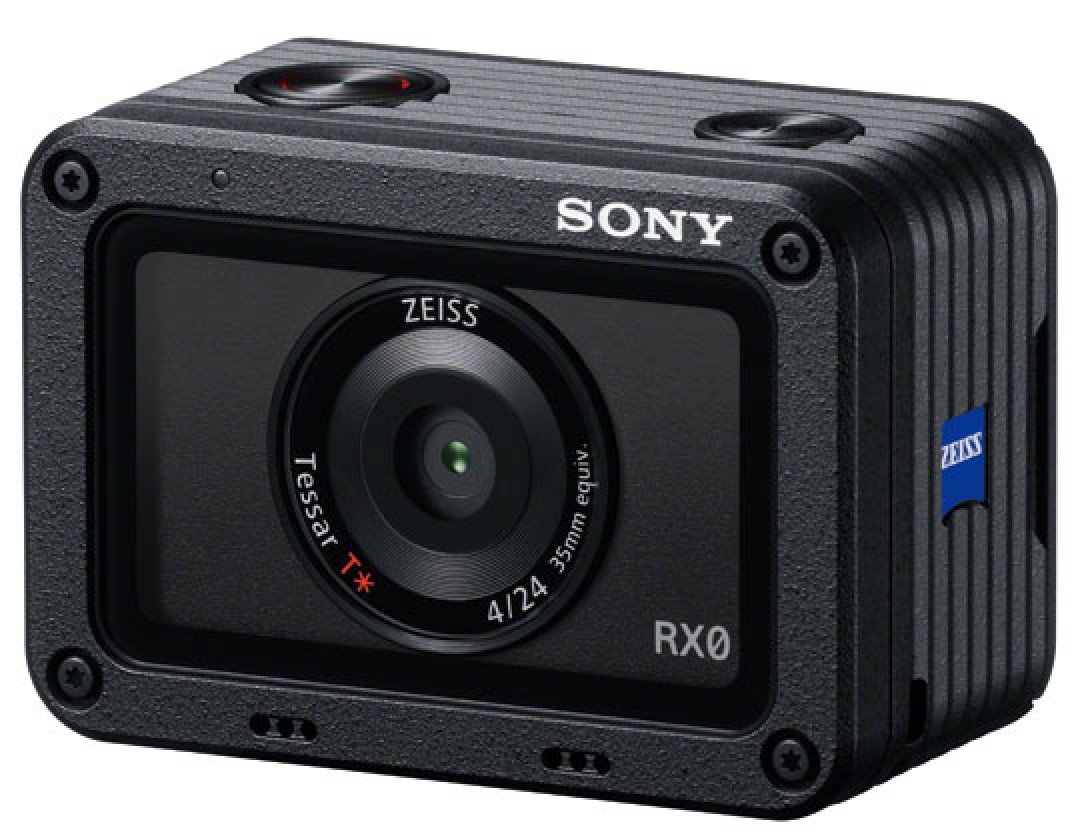 Control via iOS or Android App

The lightweight Sony RX0 Ultra-Compact Camera offers professional image quality in an action camera–sized form factor. Capable of outputting uncompressed 4K UHD video, it also records up to 1080p60 in-camera at 50 Mb/s in XAVC. A Zeiss 24mm-equivalent f/4.0 lens provides a wide, but not distorted, field-of-view. Its 21MP 1" stacked Exmor RS CMOS sensor produces minimal rolling-shutter artifacts, and is protected by the RX0's waterproof, crushproof, and shockproof body. Use the versatile, diminutive RX0 as a single camera that fits almost anywhere, or for multi-camera recording, timecode-sync up to five cameras. When connected to a Wi-Fi router, greater than five cameras can be synced, suiting the RX0 for concerts, stunts, and other multi-camera applications. Camera control is offered via the Sony Play Memories smartphone app (iOS and Android).

A 1" Exmor RS CMOS sensor provides extended dynamic range and high-speed readout, even at super-slow motion rates of up to 960/1000 fps. This anti-distortion shutter features speeds up to 1/32000 per second, capable of freezing the action with minimal skew. Customize your image capture with the versatile S-Log2 gamma setting, and with multiple Picture Profiles.

Internal recording options include 24/25/30/50 and 60 fps at 1080p, all at 50 Mb/s in the XAVC codec. Still photos can be captured in both raw and JPEG with shutter speeds as fast as 1/32,000/second, and in continuous-shooting bursts up to 16 fps. Uncompressed UHD 4K video is output via HDMI for capture to external recorders. The Sony RX0's additional pro-style features include manual- and auto-focus modes, a 20" minimum focus distance, S-Log2 recording, NTSC and PAL compatibility, and on-camera control buttons.

The Sony RX0 includes a rechargeable NP-BJ1 battery, an AC adapter, micro-USB cable, and wrist strap. The camera itself is waterproof down to 33', and can be used down to 330' with the optional MPK-HSR1 waterproof housing (available separately). The durable RX0 camera is also shockproof from impacts up to 6.5', and crushproof under weights up to 440 pounds.

Ultra-compact, lightweight camera body; waterproof to 33', crushproof under 440 pounds, and shockproof to 6.5'

Outputs uncompressed UHD 4K to an external recorder, captures up to 1080p60 internally 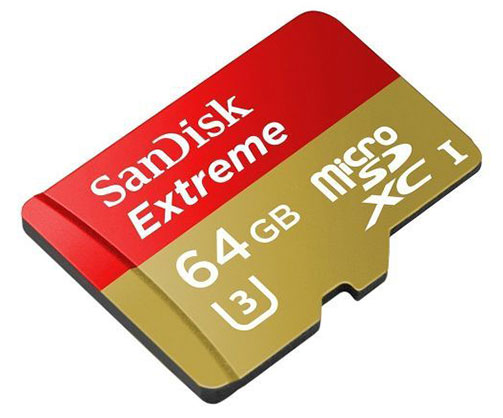 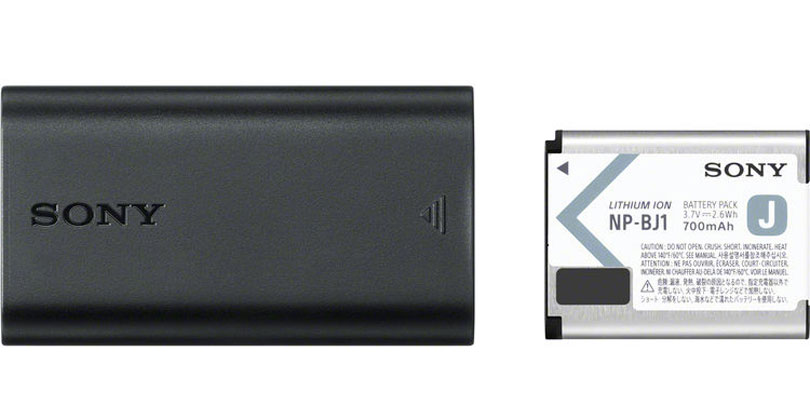 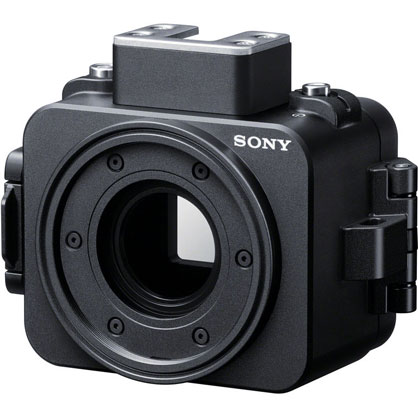 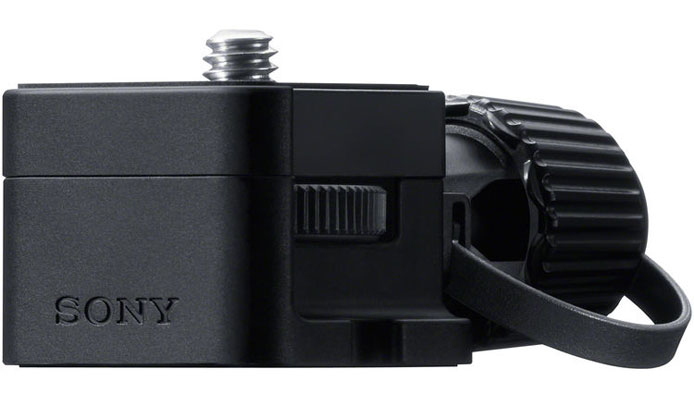 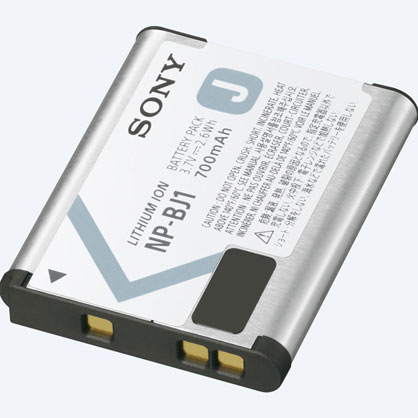 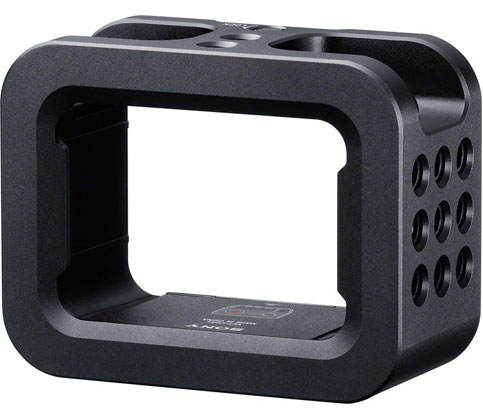 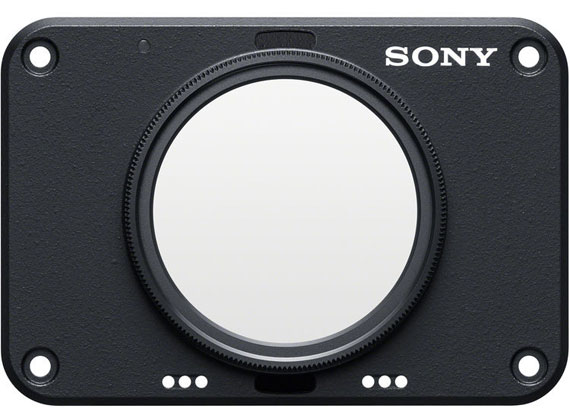 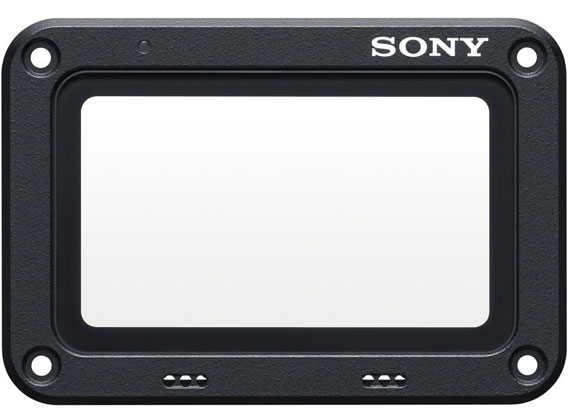