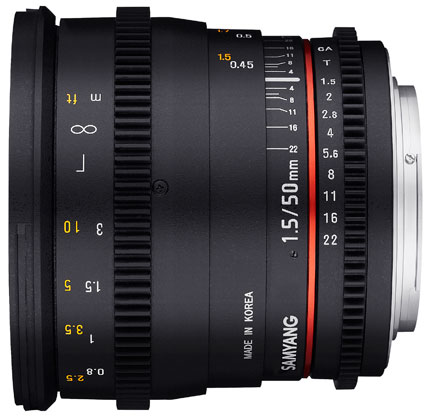 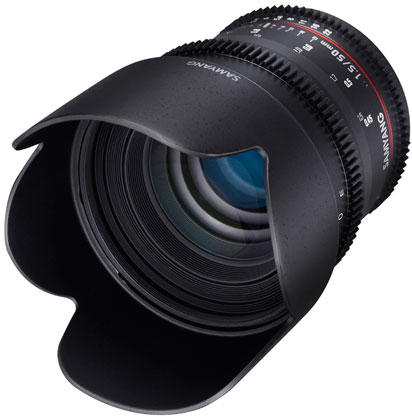 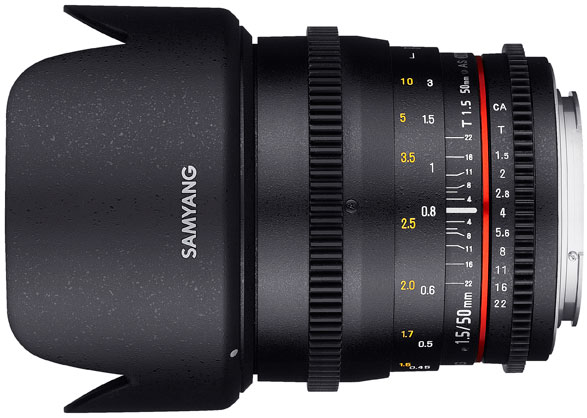 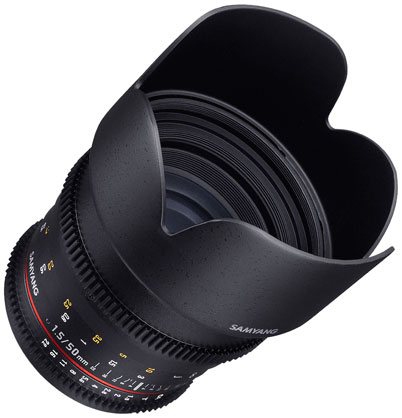 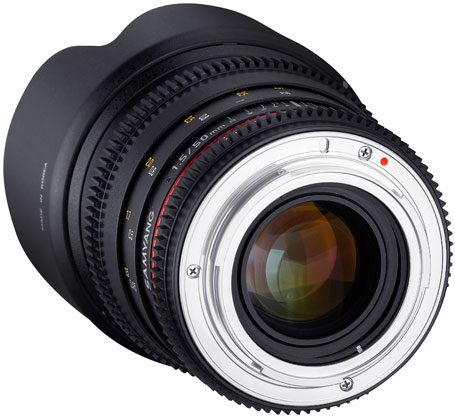 Samyang 50mm T1.5 AS UMC is carefully designed for professional film and video works. The focus gear ring is installed for follow focus system. You may change the aperture quietly and smoothly with the uncoupled aperture gear rings. Also, distance scale and T numbers are marked on both sides of the lens for convenience.

Samyang 50mm T1.5 AS UMC is a manual focus lens with a low T number. You may control the lens precisely when shooting under various exposure environment including relatively dark or too bright situations.

This lens features 9 lenses in 6 groups including 1 glass aspherical lens (ASP), and 1 hybrid aspherical lens (H-ASP) to offer high resolution. Especially, H-ASP minimizes color aberration to realize exceptional image quality and high contrast for center and corner of image even when aperture is fully opened. Ultra Multi Coating (UMC) technology of Samyang Optics optimizes the light penetration and minimizes flare and ghost. With such optical construction, it has 0.45m of minimum focal length to take photos of subjects in near distance.

There are 8 aperture blades designed to be almost as a full circle when aperture is closed which expresses starlike ray clearly and beautifully. The frame of the lens is compact and solid since it is made of high-strength aluminum alloy so you can create trustworthy images. Also, detachable petal-shaped lens hood minimizes flare and ghost by sheltering lens from unnecessary lights.

Samyang 50mm T1.5 AS UMC is one of Samyang Optics VDSLR lens line for full frame image sensor size. The lenses produce the same image color and have a united location of aperture and focus gear ring to maximize the convenience when filming.